All articles tagged with "Foot Mistress"

Mistress Jade found out that her slave had not done the chores she had asked him to do. And when she asked for an explanation, he did not have one. She gestured to her high heels and she told him the next time he did such a thing, he would have to feel the high heels sink deep into his skin and he would not know which part of the body that would be. 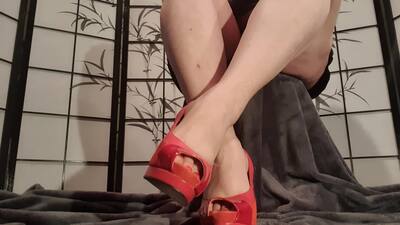 Lady Dominika does not have time for unruly people and when she noticed that this guy was unruly too, she felt that it was important to punish him which she did using her feet. The poor guy had no say in what happened to him and even his pleas for mercy were ignored and he was given the contempt card. That is how learned his lesson that it did not profit him to be unruly.

Mistress Zephy wanted to test her slave and she did not waste any time in doing it. The mistress wanted to find out how well her slave took instructions and that is why she chose to make him lick and smell her stinky socks. And she told him how to do it and watched closely to see how he carried out those instructions. And she loved the fact that he was good at following instructions.

When this guy spanked this mistress thinking that she would find it funny or sexy and then fall for her, it turned out to be the opposite of what he expected. The mistress was not pleased by what he did and she had to punish him. She did this by making him her foot slave and dominating him like never before. She stomped on him and crushed him for fun until he begged for mercy. 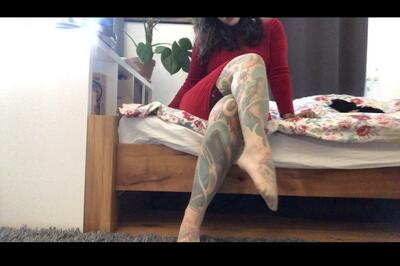 Mistress Alisha's boyfriend had been messing around with reckless abandon because he took her for granted and he felt that she could not do anything about it. He discovered how wrong he was when she had had enough of him and she punished him. She did it with her feet and turned him into a foot slave and he had to lick her feet, smell her socks and endure foot trampling.

When this guy saw this mistress in a sexy lingerie, he did not know that he was the target. But he thought that she had not seem him and neither was she interested in him. He had to make her want him so he tried to seduce her. She pretended to fall for him and took over the reigns and teased him. In a little while, he was her foot slave.

Mistress Tiffany removed her gumboots and she poured some water on the dirt and it became mud. Then she put her feet there and made them dirty. She did it on purpose as she wanted her slave to lick them clean, which is exactly what she did. And it was a lot of fun for her and she had the time of her life watching as he cleaned her feet with his tongue.

Mistress Lana knows how to scare guys and she did it effortlessly today. The mistress used her bare feet to do it but first of all, she had to smear them with her saliva so that it would be degrading and disgusting for the guy to lick them. When he was done, she used the same feet to trample him and make him feel pain he had not felt before.

Goddess Kiffa makes slave lick her feet while she ate

Goddess Kiffa had ordered some delicious fast food and as she ate it, she had fun dominating her hungry slave. She asked him to sniff the smell of her food and also lick her feet. That was to be his lunch and she did not care what he felt. It had to be what she wanted and nothing else. He complied with her orders and when he was done, he went to his room to cry himself to sleep.

Mistress Lena was not going to let this guy spoil her mood. So she dominated and tortured him to teach him a lesson before he further pissed her off and ruined her day. She did this using her stockings as well as her feet. She made him lick and smell them and when he was done doing what she asked him to do, he knew he had no choice and had to stay out of her way.